A city ravaged by crime.

Haunted by the memory of his murdered father, a young man trains to become the ultimate weapon against crime! He patrols the grim streets of his city, a protector in the shadows, a man pursuing justice, he is…

Casey and Todd master their own fears as they revisit this infamous 2003 film. Do they have the grit to survive the mean streets of Hell’s Kitchen?

Listen to find out!

Get the episode on Podbean | iTunes | Google Music

Things we talked about

Just because we disagree doesn’t mean we can’t both be right.

Todd didn’t like The Force Awakens. Read about it here.
Mic drop courtesy of the Bell Home Team! Connect with them on Facebook or the web.

“The Mountain and the Viper”, Game of Thrones Season 4, episode 8. 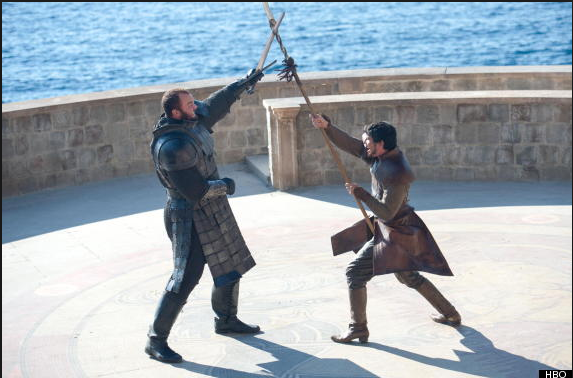 Branching Out Bottle Shop provides the largest selection of premium quality and unique craft beer to the growing Syracuse region. Check them out on Facebook or the web.

Founded in Michigan in 1985, Bell’s mission is to be fiercely independent, 100% family owned, deeply rooted to their community, committed to the environment and brewers of inspired beer. Connect with them on Facebook or the web.