An aging legend returns to his vocation for one last mission…

No, it’s not Todd. Sean Connery makes his final film appearance as the aged Alan Quartermain in 2003’s The League of Extraordinary Gentlemen. It will take not one but TWO Scotch Ales for Casey and Todd to make it through this one!

May the 4th Be With You!

Sean Connery and Stephen Norrington didn’t get along…

The 20th Century Fox morphs into a Victorian London structure.

Once you realize that Sean Astin is Special Agent Oso…

There’s an interesting story related to the trademark of “Invisible Man”. Read about it.

Tony Curran as Rodney Skinner, “an invisible man”, had an… interesting effect with his beard stubble when he applies the white greasepaint. Does it work?

The Revenant‘s bear is SO HOT right now!

Stuart Townsend smolders as Dorian Grey. Is he sexy? 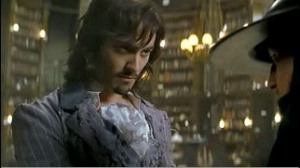 …but regardless, he does NOT want to see his portrait!

Dracula in the original Bram Stoker novel… vulnerable to sunlight? Here’s an answer.

Die Hard with a Vengeance had a math puzzle involving water jugs. How did they solve it?

Steven Seagal has a… distinctive… style of running.

Branching Out Bottle Shop provides the largest selection of premium quality and unique craft beer to the growing Syracuse region. Check them out on Facebook! (Be sure to say hi to Barley! Carissa and Joel are pretty cool as well!)

Owned by Genesee Brewing Company which was established in 1878! Right down the road in Rochester, NY. Scotch Ale is part of their Genesee Brew House Pilot Batch Series.

See what they’re doing on Facebook or the web.

Founded in 1980, Sierra Nevada is one of the most iconic West Coast brewers. Trip in the Woods is a Scotch Ale brewed with maple syrup and aged in bourbon barrels! 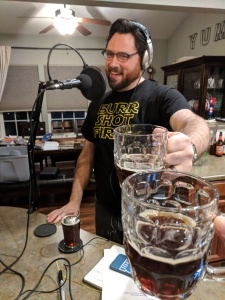