Throughout our first season, we’ve had a few technical bumps in the road. They have been largely invisible to the audience but have kept us looking for the very best set-up and process for recording.

This episode puts the glitches front and center as the digital recorder we used ignored the audio mix coming off that board and instead used its onboard mics… you know what? Who cares! Casey did his usual magic and salvaged the episode.

Casey and Todd were really destined to host this podcast together.

We order the same… 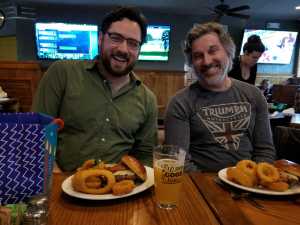 …and we finish the same.

Special thanks to Patrick, an original member of the #TSPHCarmy! He found this article on The Smoking Gun’s website breaking down the budget for a number of movies including Unbreakable! Take a look! ($20M for Bruce Willis!)

I could not find a screen test of Julianne Moore as Audrey. (Did you? Tell us!)

Kevin Smith talks about the nightmare that was working with Bruce Willis.

And once you’re down that rabbit hole you might as well listen to him experience with The Artist Formerly Known As Prince. (It seems to have disappeared from the interwebz! Let us know if you find it!)

Michael Kelly is an “oh, it’s that guy” actor.

Alex Ross has a distinctive style. 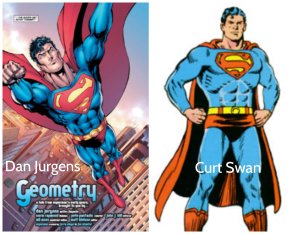 Drowning does not look like what you think! (Parents, you should watch this video!)

What is a God’s Eye View?

Fight scenes can be tough! (From Alias, season 3)

So many shots in the movie would be perfect comic panels!

Branching Out Bottle Shop provides the largest selection of premium quality and unique craft beer to the growing Syracuse region. Check them out on Facebook! 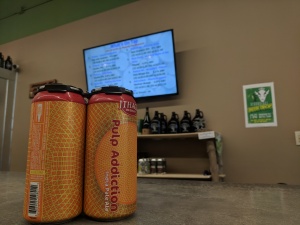 Ithaca Beer Co. was founded in 1998 by Dan Mitchell in a small renovated retail store just outside of Ithaca, New York. The original space had a small 10 barrel brewhouse, a modest tasting bar and sold full growlers to go as well as homebrew supplies. Today, Ithaca Beer brews about 25,000 barrels of beer per year and features both 50 and 5 barrel pilot brew houses and a full service farm-to-table brewpub.